From Termux Wiki
(Redirected from Jekyll)
Jump to: navigation, search 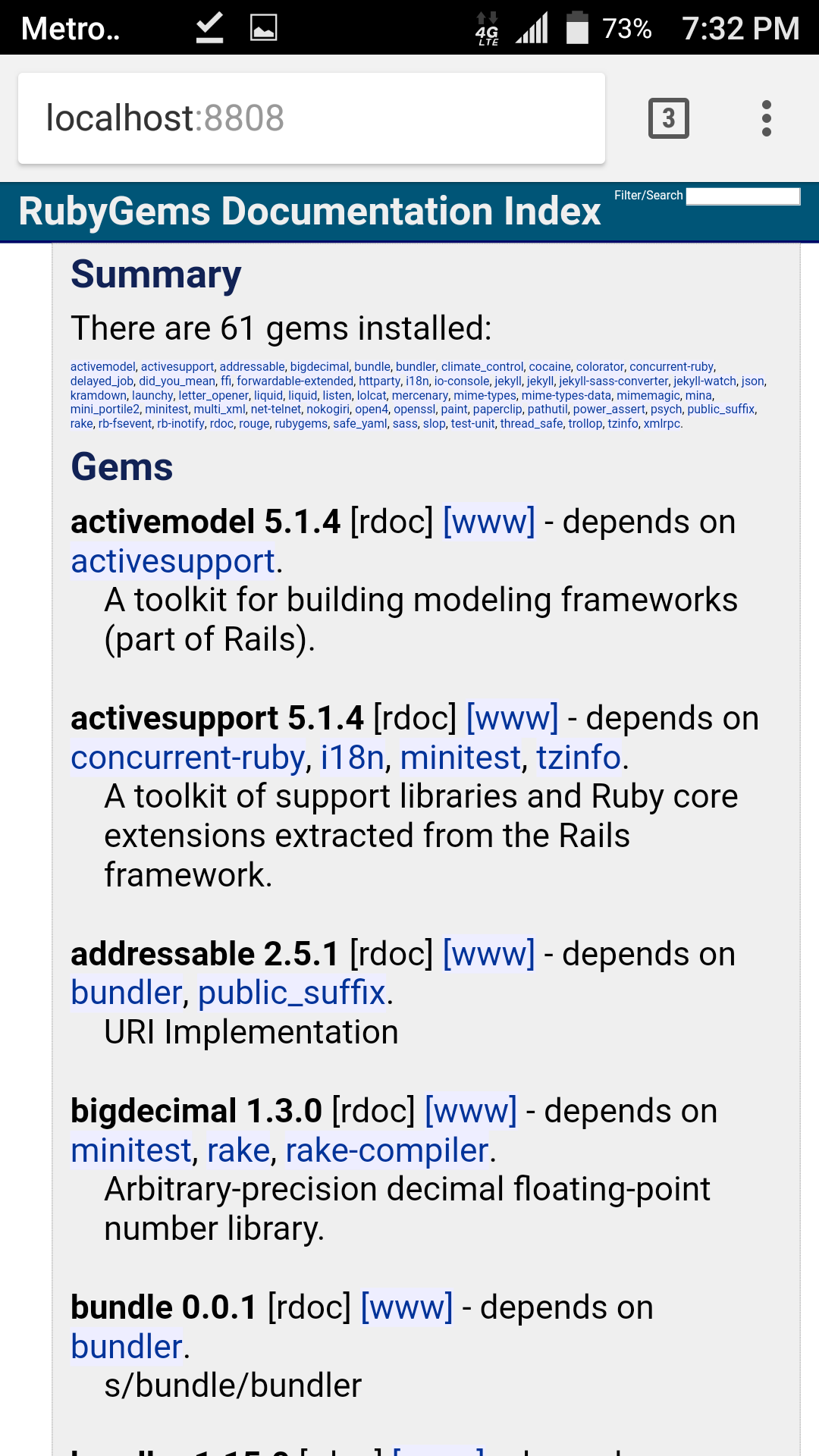 Ruby is a dynamic, open source programming language with a focus on simplicity and productivity. It has an elegant syntax that is natural to read and easy to write.

In Termux Ruby can be installed by executing

Due to our infrastructure limits, we do not provide older versions of packages. If you accidentally upgraded to unsuitable Ruby version and do not have backups to rollback, do not complain! We recommend doing backups of $PREFIX for developers and other people who rely on specific software versions.

After installing ruby, gem package manager will be available. Here is a quick tutorial about its usage.

When installing Ruby gems, it is highly recommended to have a package build-essential to be installed - some gems compile native extensions during their installation.

Tip: help us to collect more information about installing Ruby gems in Termux. You can also help to keep this information up-to-date, because current instructions may eventually become obsolete.