Difference between revisions of "Touch Keyboard"

Use of keys like Alt, Ctrl, Esc is necessary for working with a CLI terminal. Termux touch keyboards do not include one. For that purpose, Termux uses the Volume down button to emulate the Ctrl key. For example, pressing Volume down+L on a touch keyboard sends the same input as pressing Ctrl+L on a hardware keyboard.

The result of using Ctrl in combination with a key depends on which program is used, but for many command line tools the following shortcuts works:

The Volume up key also serves as a special key to produce certain input:

Termux also has an extra keys view which allows you to extend your current keyboard. To enable the extra keys view you have to long tap on the keyboard button in the left drawer menu. You can also press Volume Up+Q or Volume Up+K.

After Termux v0.66 extra keys row became configurable through file "~/.termux/termux.properties". If this file does not exist, you will need to create it.

Example configuration to enable 2-row (was in v0.65) extra keys:

The extra-keys definition itself can also be spread over multiple lines, if desired, by "backslash-escaping" the line feed at the end of each line, thus:

Each key "entry" can be either a string (such as '|', '/' or '=') or one of the values listed below. These values are defined in ExtraKeysView.java, and the list of values (not including possible synonyms) is:

Each of the three "special keys" listed above should only be listed at most ONCE in the extra-keys definition i.e. do NOT have more than one CTRL key. Having more than one instance of any "special key" will result in a bug whereby those keys do not function correctly.

Terminal emulators usually do not support the advanced features of touch keyboards like autocorrect, prediction and swipe typing. To solve this, Termux has a text input view. Text entered in it will get pasted to the terminal. Because it's a native Android text input view, all touch keyboard features will work. To access the text input view you have to swipe the extra keys view to the left. 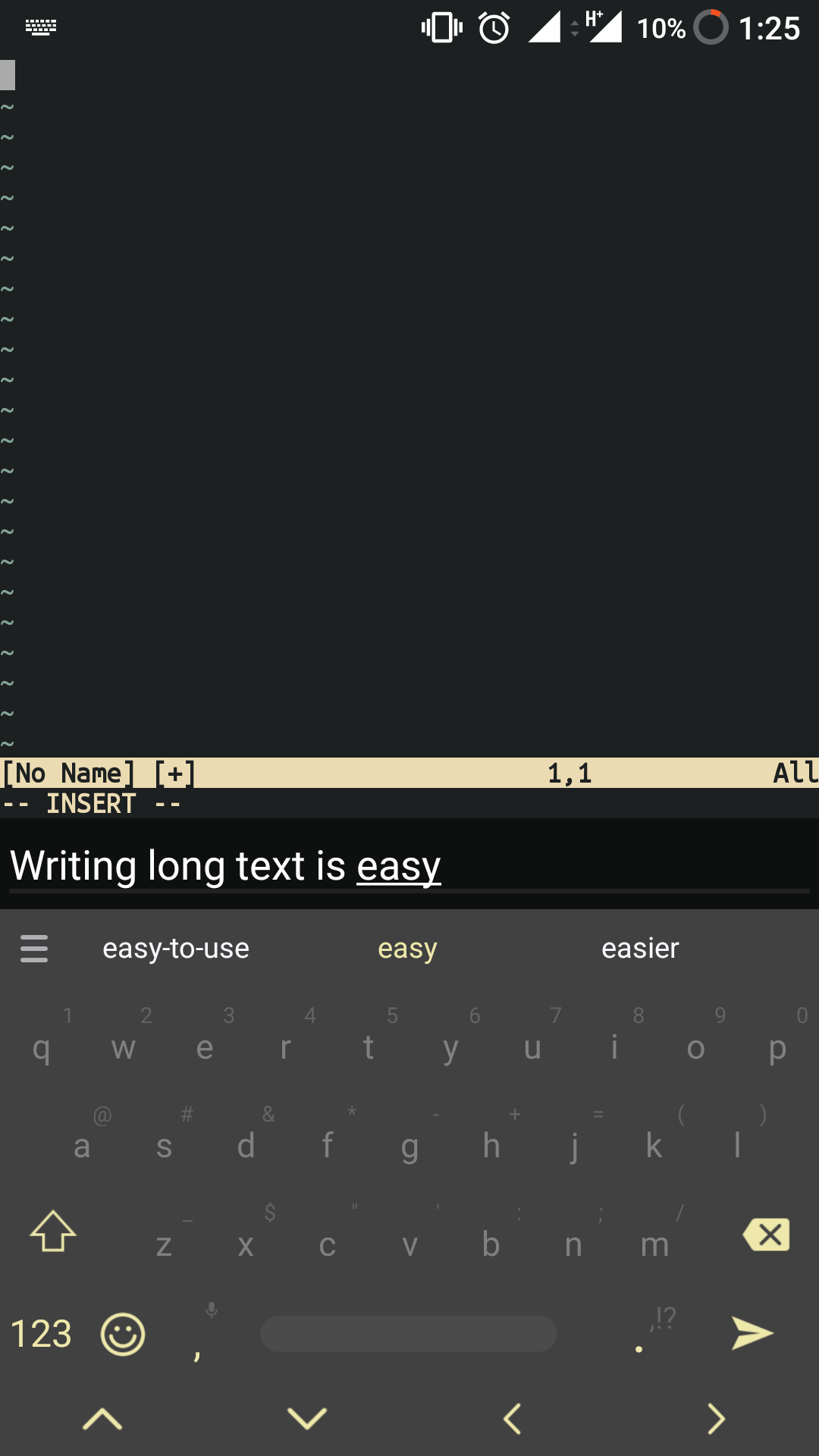