Texlive for termux needs several patches to work with termux's non standard filesystem. There is a risk that updates through tlmgr break our texlive since they might undo the various applied patches. If texlive breaks after an update you can run termux-patch-texlive to (try to) apply the patches again.

When installing through termux-install-tl you cannot customize everything, changing installation path or trying to use binaries from upstream will break texlive. 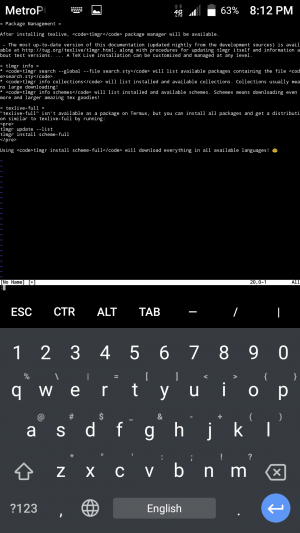