Run gem server to see the following on your device. 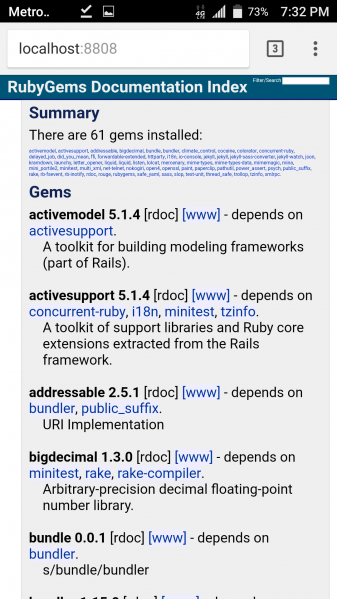